US, 5 Other Nations Call on Ethiopia to Cease Mass Detentions 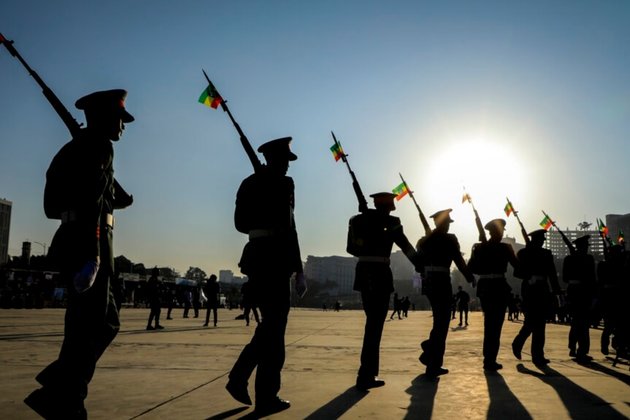 Six nations including the United States say they are "profoundly concerned" about reports that the Ethiopian government is carryout mass detentions based on ethnicity and without charge.

The Ethiopian government November 2 declared a state of emergency as rebel forces from the Tigray region began approaching the capital, Addis Ababa, following a year-long war with government forces.

Ethiopia's government says it is detaining people suspected of supporting the Tigray rebels.

But human rights groups including the U.N. Office of the High Commissioner for Human Rights, Amnesty International and Ethiopia's own Human Rights Commission report widespread arrests of ethnic Tigrayans, including Orthodox priests, older people and mothers caring for children.

The groups say Tigrayans are being arrested and detained without charges or a court hearing and are reportedly being held in inhumane conditions.

The joint statement issued Monday said many of these acts are likely violations of international law and must cease immediately.

Monday's statement, signed by the U.S. government, along with Australia,

Britain, Canada, Denmark, and the Netherlands, said the declaration of a state of emergency is no justification for the mass detention of individuals from certain ethnic groups.

The nations also voiced "grave concern" about ongoing human rights violations and reports of atrocities in the conflict. "All parties must comply with their obligations under international humanitarian law, including those regarding the protection of civilians and humanitarian and medical personnel," the statement said.

The year-old conflict between the federal government and the leadership of the northern region of Tigray has killed thousands of civilians, forced millions to flee their homes, and made more than 9 million people dependent on food aid.

The countries, in their statement, said "it is clear that there is no military solution to this conflict, and we denounce any and all violence against civilians, past, present and future. All armed actors should cease fighting and the Eritrean Defense Forces should withdraw from Ethiopia.

Some of the information in this report was provided by the Associated Press and Reuters.