Tanzania at 60: a model of co-existence held back by political rigidity 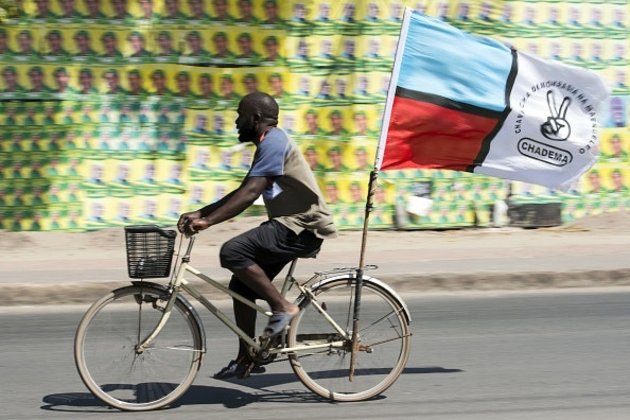 Tanzania gained its independence on 9 December 1961 after 71 years of colonial administration, first under Germany and later Britain. At independence the country had only 11 indigenous university graduates and 71% of the senior civil service were expatriates.

Like other newly independent African countries, Tanzania faced numerous socio-economic challenges. These included low agricultural productivity and a low industrial and manufacturing base. At the same time, it strove to become a nation - a viable, coherent state based on a national identity and consciousness. It also had to build a public authority.

What followed independence, however, was off the African post-colonial script. Tanzania's first post-independence philosopher leader, Mwalimu Julius Nyerere, undertook a bold political experiment known as Ujamaa or African socialism. The doctrine, proclaimed in 1967, was underpinned by self-reliance, respect for human dignity and human rights. This became the guide for Tanzania.

For a while, the country also spearheaded pan-Africanism, the ideal of a united Africa.

Forging a coherent national body politic is most difficult for African countries characterised by ethnic diversity. This is because of the nature of ethnic politics and the mobilisation of communal groups as the primary political constituency. Kenya, Ethiopia and the Democratic Republic of Congo are instructive examples.

But under Nyerere and its subsequent leaders, Tanzania managed to forge a national consciousness that goes beyond creed, race and ethnic affiliation. In sharp contrast to many an African country, Tanzania has demonstrated the possibility of co-existence in diversity.

There is much for Tanzanians to be proud of 60 years after independence. But the country is yet to realise the founding father's dream of a country in which self-reliance, mutual dignity, tolerance and inclusion underpin its sociopolitical fabric.

The political system has been a one-party state that morphed into a dominant party system in later years. The Tanzania Africa National Union was the ruling party until 1977. In that year it merged with the Afro-Shirazi Party to form Chama Chama Mapinduzi or the Party of the Revolution. The party remains in government, making it one of Africa's longest-ruling parties.

Tanzania's democracy report card is, at best, chequered. On the surface, the country has had periodic elections and changes of leadership. But this has been achieved by systematic shrinking of the political space.

Forging ahead, the political class should seek greater accommodation so that disagreements don't lead to imprisonment, harassment and attempted assassinations. For the country to achieve substantive progress, it must make a collective and diverse effort.

What Africa can learn from Tanzania

The African state has been cast as weak within the global political economy. Tanzania has rekindled the debate about state sovereignty - a nationalist ideal which underpinned the country's ideological stance in the 1960s and 1970s.

In one recent instance, Tanzania asserted its state prerogative by forcing a renegotiation of Chinese port contracts seen as detrimental to the national interest.

In another, the country had its way in a tax dispute with a major western mining conglomerate. This is on top of renegotiating the terms of long-standing mining contracts deemed unfavourable to the country.

This pushback would have made the country's founding president proud. So would the rise of the country's first woman president, Samia Suluhu Hassan, following the sudden death of President John Magufuli in March 2021. In his celebrated essays and later in the 1967 Arusha Declaration Nyerere lamented the lot of women and hoped for better:

At 60 Tanzanians can look back with mixed emotions about how far they have come but equally wonder how far they could have travelled. The country has been spared the instability many in the region have experienced.

But peace on its own is not enough. The unfulfilled promise of prosperity and economic advancement is still a drag on the euphoria of self-governance and indigenous empowerment.

Harnessing all efforts towards economic prosperity and self-reliance should be the number one priority and therein lies the true essence of independence.