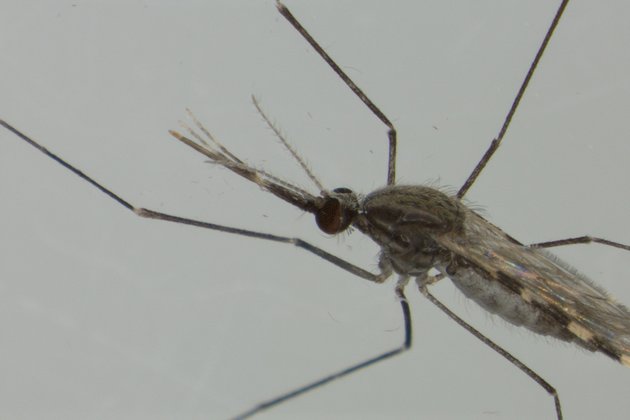 Malaria remains a menace across Africa. The continent carries by far the world's largest disease burden: 94% of cases and 96% of deaths occur across the continent. Alarmingly, children aged five or younger account for 80% of these deaths.

There is no room for complacency. While vaccines look promising, there is still a steady rise of antimalarial drug resistance, especially in East Africa. The parasites are evolving mutations which allow them to escape routine diagnosis. The mosquitoes are also evolving increased resistance to insecticides.

This situation underscores the need for sharpening the multiple vector control options, and exploring new strategies.

My research explores one such potential strategy: the use of artificial lights to trick malaria-transmitting mosquito species that feed nocturnally into behaving as if it's daytime. This may deter feeding, helping to keep people safe from malaria-carrying mosquito bites.

Light is a fundamental cue in nature. It regulates much of the timing of biological events, like when birds breed, lions hunt - and humans' sleep patterns. It is also an ancient cue. While species have been exposed to changes in climate cycles over the eons, the timing of day and night has remained relatively constant over evolutionary time, owing to the rotation of the earth. This means that all life on the planet has evolved with such regular day-night cycles. The gene for the melatonin hormone, which regulates sleep-awake cycles, is shared between widely different and old taxonomic groups, such as plants and animals.

However, these natural dark cycles are rapidly changing because people are increasingly using artificial light. Nearly 80% of the world's people now live under artificially lit skies.

So, what impact might such artificial light use have on malaria?

The Anopheles group of mosquitoes, which is responsible for all of Africa's malaria cases, is a nocturnal feeder. After mating, the females will seek out a blood meal. In doing so, they transfer the Plasmodium parasite which causes malaria. This is why bed nets are so effective when used correctly - they block bites when people are sleeping at night.

Read more: Curious Kids: What would happen if all the mosquitoes in the world disappeared?

Emerging research, including my own, argues how artificial light at night can change mosquitoes' behaviour.

This is because the artificial light used in homes can alter mosquito biology. For example, a short pulse of Light Emitting Diode (LED) light, commonly used lights in homes as "downlights" or reading lamps, can delay the onset of biting by hours in Anopheles, and so reduce biting rates and malaria transfer. The light essentially tricks the mosquitoes into not feeding.

These ideas are promising. But strategies to control vectors don't always work at a bigger scale, especially if those strategies are not properly applied. For instance, bed nets treated with mosquito repellents are sometimes used as fishing nets in parts of Africa. Demonstrating the effects of artificial light in controlled laboratory settings is one thing, but rolling out their use as an effective vector control strategy is quite another.

Even if governments could easily get LED lights into many homes to guard against malaria-carrying mosquitoes, there might be unintended consequences for human health. A burgeoning body of research is examining the effects of artificial light on human health. Early indications are that it can have negative impacts like disrupted sleep.

A growing body of research

Overall, it is not yet clear how artificial lights might be used to lessen the risk of malaria infections. But the growing body of work on this issue suggests that it's a concept which needs more attention from the World Health Organization and other groups.

Once the impacts of artificial light use are more fully understood, developmental planners across Africa might be able to ensure that lights of the correct kinds, used in optimal places and times, become part of the continent's efforts to control malaria.