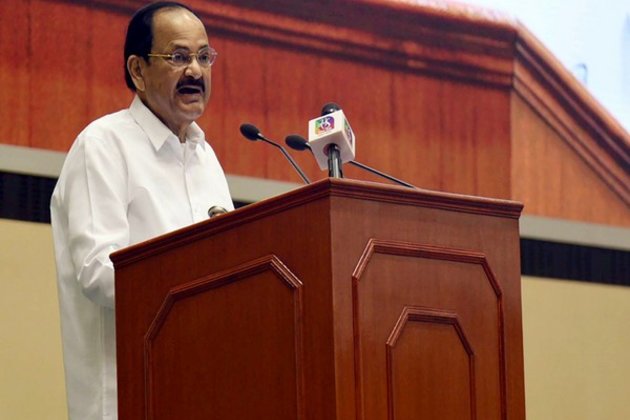 New Delhi [India], May 27 (ANI): During his upcoming visit to Qatar, Vice President M Venkaiah Naidu is expected to launch the India-Qatar Startup Bridge to link the ecosystem of the two countries.

India's ambassador to Saudi Arabia, Dr Ausaf Sayeed announced this on Friday at a special briefing on the nine-day visit of Vice President to Gabon, Senegal and Qatar starting from May 30. The Vice President will be in Qatar from June 4-7.

The envoy said that Naidu will also visit the Qatar Foundation, a non-profit organization headed by Sheikha Moza bint Nasser.

"During the visit, Vice President is expected the launch the India Qatar Startup bridge to link the ecosystem of the two countries. The next day (on June 6), he will visit Qatar Foundation, a non-profit organization headed by Sheikha Moza bint Nasser. It promotes education science, health and cultural development. It also has an education city which includes well-reputed institutes such as Hamad Bin Khalifa University, campuses of International universities, Qatar National Library, Qatar ScienceTechnology Park and others," the envoy said.

Vice President Naidu would also be visiting the National Museum of Qatar.

"Qatar is a very valued partner for India and our extended neighbourhood in a Gulf region. The modern relationship between India and Qatar is anchored in the historical and traditional exchanges between the people of the two countries. it is anchored under four pillars of -- energy partnership, Indian Diasporas, Trade and Investment, and Defence and Security," he said.

Naidu's visit to Qatar will be on the occasion of celebrating the 50th anniversary of the establishment of diplomatic relations between India and Qatar to further enhance the bilateral ties, according to a statement by the Ministry of External Affairs.

Vice President will meet several other Qatari dignitaries during this visit and also address a business roundtable in Qatar.

People-to-people contacts are at the heart of the historical relations between India and Qatar, with the latter hosting over 750,000 Indians, the MEA said.

Bilateral trade crossed USD15 billion in FY 2021-22. Qatar has also committed investments of over USD 2 billion in various Indian companies over the past two years, the ministry said.

Meanwhile, the MEA said that the Vice President's visit to Gabon and Senegal will add momentum to India's engagement with Africa and highlight India's commitment to the African continent.

The most important aspect of the visit is that it is the first-ever high-level visit from India to both Gabon and Senegal. The Vice President is visiting these two countries from May 30. On June 4, he departs from Senegal and goes to Qatar, Dammu Ravi, Secretary (Economic Relations), MEA, said.

"So, May 31 and June 1 are the main visit to Gabon. On June 1, the Vice President goes to Senegal from Gabon. June 1,2, 3 are the three engagement days, then he moves to Qatar, Dammu Ravi, Secretary (Economic Relations)," the foreign ministry secretary said.

"An important aspect of our relationship with Gabon is that both of us are in the UNSC non-permanent membership capacity," he said. (ANI)